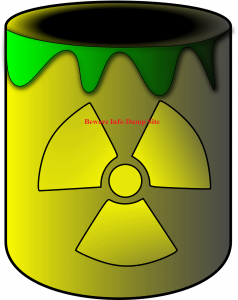 One Of The Worst Mistakes of Dialogue

So, what is an info dump, you might ask?

It can come in the form of when you add all kinds of back ground information in a dialogue setting between two or more characters. This could be a situation like one character, let’s call him Shawn, saying to Danielle all the history of the city or any other area.

For example, “Years ago this happened, and then this and then that and then other stuff.”

Danielle sits there nodding off to sleep after the forty five minutes of exposition that Shawn told her.

And that’s pretty much what will happen to your reader if you do an info dump.

An info dump can also come in the form of the “as you know” syndrome. As in “As you know Billy, I am your brother,” (or insert anything else).

People don’t generally talk to each other about what they already know.

An info dump is another way of telling, and almost always you want to show. So when a character goes to open a door, don’t have him say to the other one, “this door always gets stuck.” Show the character straining to open the door.

Dole out the information piece meal. Or to put it another way would you rather drink from a water fountain or a fire hydrant? You want your readers thinking about, “how are they going to survive this predicament?”

For a story I am working on which should be released this year, I have a character who is a prepper (Google the term if you don’t know what that is). I reveal this in what he does and says. What type of things he has lying around in his vehicle and home. I also reveal in drips some of his back story, how he came to be estranged from his wife.

I hope this helps, have a great day.

This website links to third party websites that will have products for sale. You should assume that the website owner will receive compensation for any product you buy through links on this site.

Important This site makes use of cookies which may contain tracking information about visitors. By continuing to browse this site you agree to our use of cookies.